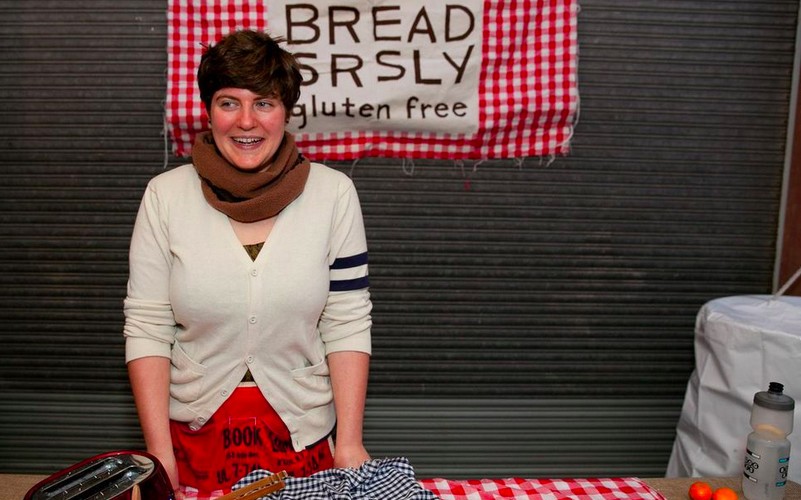 HELLO internet world and greetings from Michigan. I live here now. That is largely part of why I haven’t written anything in months, as the whole picking up my life to move where I know no-one thing and work a lot a lot, really has been quite the fascinating challenge . I find that I lost a bit of what I love about myself in some of that process so I am here to take it back, and that means writing about people who I think have really wonderful spirits and get me just generally excited because they are doing awesome things and I want other people to know about it! So I am going to kick it off with Sadie Scheffer of Bread SRSLY.  Sadie and I share a couple of things in common. 1. Love of sourdough 2. Doing some really wonky things, moving half-way cross country for a guy who I thought was my soulmate/going to spend my days doing kickass stuff with (Me-didn’t work out so well on that front 🙁 ), or like making gluten-free sourdough bread to impress her gluten-intolerant crush (Sadie-they ended up dating so worked out really well for her!). After making her crush her mans, Sadie continued on the baking for those who are gluten-intolerant track and after several years of recipe testing, and finding out she was gluten-intolerant herself, she launched Bread SRSLY to bring gluten-free sourdough bread to the Bay Area market. 3 years in, she ships nationally, and her bread has been named among the top 10 loaves in San Francisco – the only gluten-free loaf to make the list. It is pretty freaking amazing and you can get it here: http://www.breadsrsly.com and you should order some, but first read below:)

How do you know BigBellyBloch? Through wonderful mutual friends Anna and Lenore of Three Babes Bakeshop

Do you have a nickname and if you are willing to, can you share its origin, please. I’ve been called Shaderson by one friend only, and no one else is permitted to use it!

What do you do in life? I run Bread SRSLY, San Francisco’s first gluten-free sourdough company. I also ride my bike, own a lizard, and cook a ton.

What is your theme song? Good Intentions Paving Company

What food or drink most closely represents you and why? Buttered toast. It’s my favorite snack, I eat it with most meals, and I share it with friends.

Build a sandwich that represents ultimate deliciousness and describe it here: slow cooked brisket, lemon marmalade, melted semi-soft cheese, cilantro pesto. I used to make this all the time when I had time to actually plan my meals.

What is the biggest challenge you face on a daily basis?

It’s a big challenge to keep the business growing and innovating while also trying to run the day-to-day tasks that keep it operating. You need 2 different brains for that.

How do you overcome it?

Take lots of healthy breaks. I have a go-to coffee shop that is a 4 mile run or bike ride from my home office. I’ll go there in the middle of the day to see friends, get caffeinated, and burn off some energy from sitting at a computer.

What are four things you are grateful for?

My wonderful boyfriend who has supported me financially and mentally the whole way through. My fitness, which is a new thing, and which keeps me sane. Audiobooks, which help me through the more mechanical parts of running a company. My customers, who are always thoughtful enough to send me kind words of encouragement, feedback and suggestions, and who remind me that this is TOTALLY worth doing.

What are you doing for dinner?

Skipping town, headed for Sol Food in Mill Valley, then checking out the bioluminescence in Tomales. But most nights cooking local meats and veggies and chilling on the couch with a cup of tea.

I love them, but ever since moving in with my boyfriend, I haven’t had any. Seriously, even when we make a ton of food, it gets eaten right up. 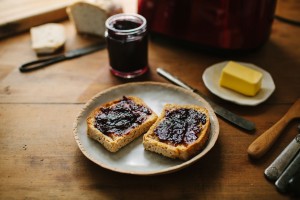 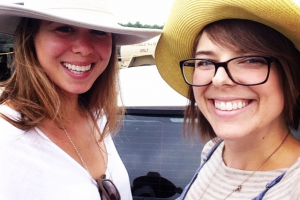