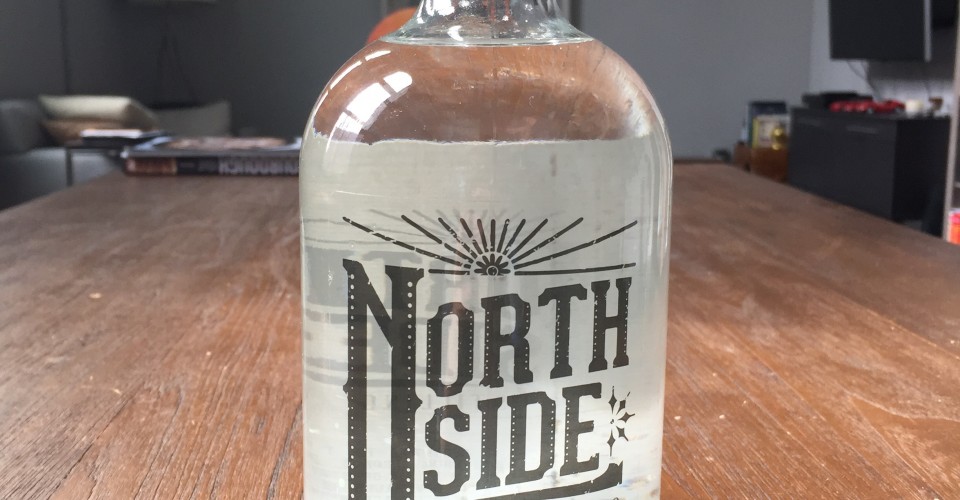 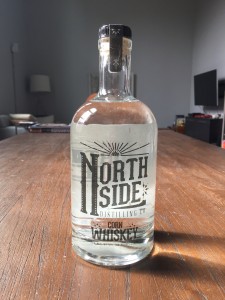 This bottle captured in the image above is indeed a clear whiskey, and a wonderful one at that. Smooth with a grainy yeastiness and sweetness on the nose. As Chris the distiller said, it reminds him a little of tequila but the fact that it is made from corn definitely distinguishes itself.  As you can probably tell from the outstanding label, it is the product of Northside Distilling Co, located in the Northside neighborhood of Cincinnati, OH. Upon moving here almost five months ago, I knew little of the food & beverage scene but I just started paying attention, doing a little research and then just lived my life as I do which involves lots & lots of time with all things edible & imbibeable. I don’t remember exactly where but I heard about Northside Distilling and decided to reach out. This was in September, a couple of weeks after my move and while Chris Leonidas, one of the owners, so kindly responded, it took me about four months to coordinate, which I ultimately did with Chris Courts, the super-nice head distiller and just the other week, I had the honor of a visit.

Chris had warned me that people had difficulty finding it, I was to call on the way. Instead I waited until after I had circled through Spring Grove cemetery for 15 minutes, thanks Waze. Google maps eventually got me out of that dark yet beautiful place and a phone call with Chris got me to where I wanted to be, an unassuming little house on the edge of a field, off a semi-residential street in Northside. If they are to ever open a small tasting room (which I do hope happens!), a sign would certainly help, but would also certainly lessen the adventure. I would vote to keep it mysterious, as it is worth figuring it out. Once you are there, you can see the entire process by walking just a few feet. There is currently one room for the boiling & distilling and one room for fermentation process. Chris did a great job of talking me through the process and it was so comprehensive as it was all right there! It was the best distillery tour I have ever had because I was able to understand everything he explained to me. Tying it all together, we finished up with a tasting of three products, the Corn Whiskey which is the feature image of this post, the Vodka and the Sugarshine, which was the smoothest “moonshine” I have ever tasted and I think would be a great addition to any bar as it is also a clear spirit, but distilled from sugar rather than grain, making it friendly to those grain-adverse individuals, but also creating a lovely flexible spirit with a slight sweetness. The reason the Corn Whiskey is clear is because unlike traditional bourbon, it never sees the inside of a charred oak barrel, which imparts color and other flavors onto the base spirit, whiskey. At 80 proof, it is in-line with any other easily sip-able spirit. The flavor profile is different than that of an aged bourbon, so I would suggest playing around with it if you are trying to sub 1:1 for a brown whiskey. I did some playing myself and have included a recipe at the end of the post.

It was really an honor to be at North Side. When I left, I felt as though I understood the story behind the brand-the transparency was refreshing and Chris’s demeanor and approachability, even more so. It also served as a friendly reminder, that one can do whatever he or she wants. That there is opportunity to change your career and at any age, if you want it enough and work hard enough for it. Chris had never distilled before, he had a professional background in a whole different area, but her pursued his interests and now he gets to do something he really likes and that he is really darn good at as well. So cheers, to Northside Distilling Co. and to pursuing your passions!

Below are pictures taken of the various steps in the process: 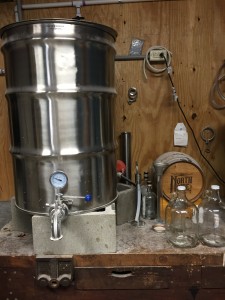 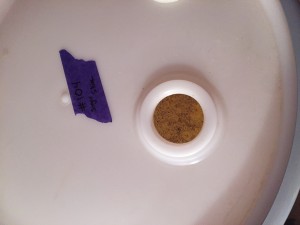 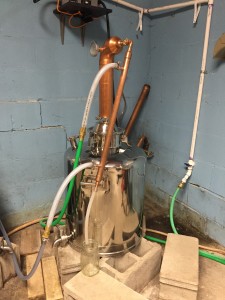 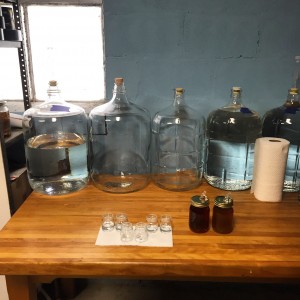 *Please note I am no fancy mixologist. I decided would be fun to develop a drink with it so I used when I had at home. It happens to be dreary and chilly so I wanted something warming, hence the ginger and the cinnamon and citrus. 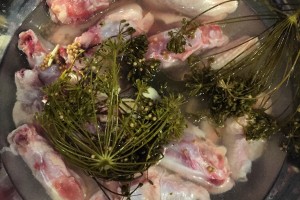 Wangs. This is what my boyfriend Alex, fellow chicken wing lover, likes to call them. While I had never referred...
Back to top