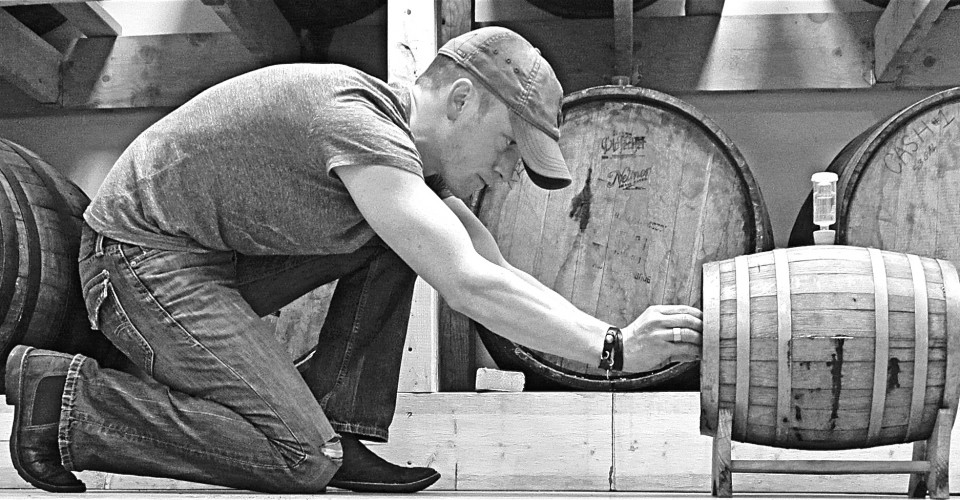 How do you want to be described in introduction? I will be writing a little tidbit about you, but if have preferable title, etc. please let me know. Also please send along a preferred picture to be used if you would like one. I’ll leave that up to you.

Meet Nathan. I’m not the least bit surprised that he gave me the privilege of writing an introduction for him. From what I have gathered in the past few months since the world of #amazesaltyballs brought us together (via an article in Saveur magazine written by Justin Kennedy), and from what I can now confirm after having had the pleasure of meeting him in person this past week (also thanks to Justin Kennedy who oversees talent for Beer Sessions), he is an incredibly humble being. I think that if he was left to make an introduction of himself, it would be a complete failure of sorts. I mean I practically wanted to grab the microphone at the Heritage Radio Network Beer Sessions episode the other day because of his seeming lack of desire to speak boldly and proudly as to the soul of Bitter Old Fecker and what he has done (with the partnership of Keith Neltner) to enable it to be a very unique brand. If he did that though, it would be out of character for him. It isn’t a bad thing by any means, it just isn’t Nate. Good thing is that it is completely in line with my character, so I am going to attempt to do this gentleman some justice. He is a gentleman for sure, a Mid-Western one at that. Having lived in New York my entire life, I’ve heard rumors of these people existing but rarely encounter them. Nate is one of them but with bonus points of having a fast-paced walk so he fit right in on the streets of the NYC, rather than getting knocked into and trampled, like many of the other Mid West folk we find visiting our parts.  Like the beers he brews, there is a rustic component, a get-in-there and get shit done sensibility but executed with awareness and finesse. He is detail-oriented, he likes texture and grit and things that are hand-done. He has a sense of pride in where has has come from and I don’t mean of Hillsdale, Michigan, but of his tribe. You can tell his mind is always running, he is quick witted with a sick sense of humor and I mean that in a good way. Thinker, fantasy world dreamer with an underlying romantic world-view as defined in the classical way. He is SO enthusiastic in a quiet way (lots of !!), and he appreciates little things and has respect for them. He can get really intense and he claims that people think he looks pissed off all the time, which I don’t think he is, but then again I just met the dude. To me though, what he really represents is one of the beautiful things about life in general and why I started this site. You don’t know where you will find connections and how they will be formed, but when they do it is a really wonderful thing, and the story of how him and I became friends, is a prime example of that. I have met some of my closest friends and greatest influencers in life through similar means. Nathan stands as an example of going after those things you love, the things you crave and want to be how your life is defined. This week was his first as an official full-time employee as Head Fecker at Bitter Old Fecker. Having been in a similar position of leaving a job to start a business and pursue the most fulfilling professional career /life I could imagine, I understand what a big deal it is to make the transition that he just did. He worked his ass off and he was responsible and tactful about the decision. I know that he and the Bitter Old Fecker brand will be successful. There is too much blood and sweat involved for it to not be. Also, I have grand master plans of personally spreading the Bitter Old Fecker word. This is only the beginning. Cheers!

**There will be a more detailed post on the approach and philosophy of Bitter Old Fecker. For now, a bit (and a picture with a really adorable mini barrel) of Nathan below**

How do you know BigBellyBloch? I was fortunate enough to have her on the receiving end of a bottarga question I had. Bottarga talk quickly shifted to beer and a ton of other lovely conversation.

Do you have a nickname and if you are willing to, can you share its origin, please.    I only have one that has ever stuck and there are only two people that call me “Doc”. When I was 12 or 13 I had girlfriend that lived in my neighborhood. We were more like buddies than anything, going fishing, riding bikes, etc. Our parents realized the platonic nature of our relationship and would let us to spend the night at each other’s house. A couple of my brother’s friends liked to accuse me of “playing doctor” and still call me that to this day.

What do you do in life? If I’m not getting too philosophical with my answer, I would say rustic ale brewer at Bitter Old Fecker.

What is your theme song? Depending on the day, either Andrew W.K. “I Get Wet” or “Big City” by Merle Haggard.

What food or drink most closely represents you and why? Shot and a beer. My grandfather talks about the 50’s in Detroit and working at the Dodge Main plant. When the whistle blew at the end of the day, all the autoworkers filed into the bar across the street where every barstool had a shot and a “shell of beer” set up and waiting. Such a great image of a bygone era. That picture is the definition of Americana to me. I usually prefer to sip rather than shoot, but I strive to be someone that is deserving of a shot and a beer at the end of the day.

Favorite herb or spice: This is like choosing a favorite child, but pepper is the one thing I must have. Pink, black, green, white, szechuan, smoked…I can never get enough.

Build a sandwich that represents ultimate deliciousness and describe it here: God already created the reuben. I can’t compete with that.

What is the biggest challenge you face on a daily basis? Time.

3PM snack, go: Tacos Al Pastor from Taco King in Ann Arbor. We are fortunate to have a number of really great authentic taco joints in Ann Arbor, but Taco King’s Al Pastor is my hands down favorite. If these tacos magically appeared on my table everyday when I got home, I would eat them every time.

What are four things you are grateful for? I could go on for pages about this and I don’t want to exclude anything, so I will simply say a rich, full life.

What are you doing for dinner? It’s late and it was a long day. First course: Two James martini with pickled quail eggs. Second course: Guacamole (always homemade) and blue corn chips. Third course: Spanish rice and chuck eye steak seared rare in cast iron. Not every meal is a masterpiece but who you’re sharing it with can make it one.

Thoughts on leftovers? Yes, please. Especially if it’s my mother’s German or Polish cooking. It just gets better.

Please feel free to share a favorite BigBellyBloch moment if you have one. I had the pleasure of going on a quick tour of Brooklyn lead BBB herself, so narrowing it down to one moment is tough. Dinner at Franny’s was phenomenal: house-made salumi, snap peas with spring onions, spring lettuces, pork cheek and beef tongue terrine, tomato olive pizza for dessert. There may have been a couple glasses of wine mixed in there as well. You can’t get too much more BBB than that meal. Perfect. 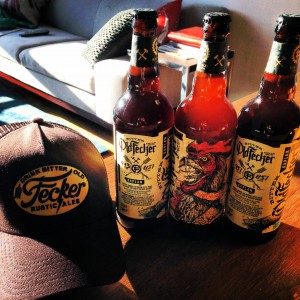 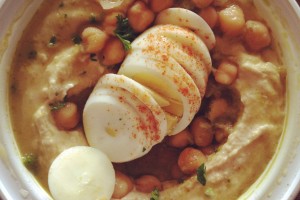 If you know me, you know that Hummus Place has well, a very special place in my heart and belly. Many a years ago when I went...
Back to top